The 2016 National Eisteddfod took place at Abergavenny. The annual festival celebrates the best of Wales, always taking place on the first week of August. It is regarded by many to be the “pinnacle of the Welsh cultural calendar”.

Featured Image – Diana Bianchi from Cardiff at the Eisteddfod portraying Augusta Hall, Baroness Llanover. The Eisteddfod is held in a different location every year with and approximately 150,000 or more visitors over the course of the seven day event. The Eisteddfod hosts a number of music, dance, visual arts and literature competitions, as well as concerts. 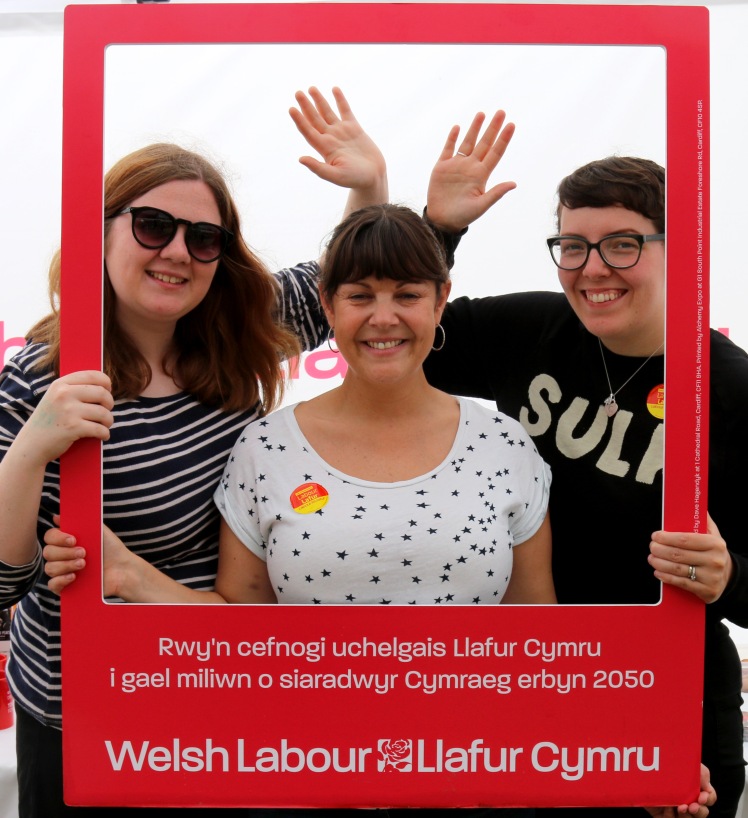 Staff and volunteers from The Welsh Labour Party were on hand to meet and greet people at their stand at Abergavenny. Photographed (Left to Right) Victoria Solomon, Bethan Roberts and Jennifer Burke-Davies.

Chris and Ronnie The T-Rex from Swansea Party Hire were on-hand to inform and entertain the younger attendees. Watch them: Here

Members of the Rotary – Great Britain & Ireland had a stand and engaged with people on the subject of the Rotary’s outstanding efforts to raise funds to help research medical conditions such as Polio. Photographed (Left to Right): Peter Davey – Terry Ing – Sandra Davey and Richard Purdon

Present at The Eisteddfod was Welsh harpist Katherine Thomas. 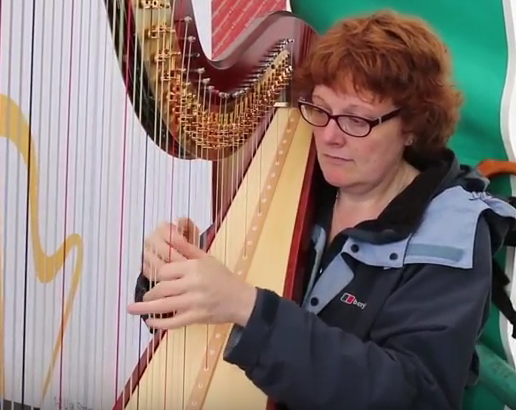 Members of the Royal Welsh College of Music & Drama gave a drum demonstration at the University of South Wales (USW) stand at The National Eisteddfod of Wales.

Rebecca said: “We are here at the National Eisteddford enjoying the great weather and location. It is wonderful to chat with visitors at the USW stand and to promote the learning opportunities available to students who choose to study at the University of South Wales.” 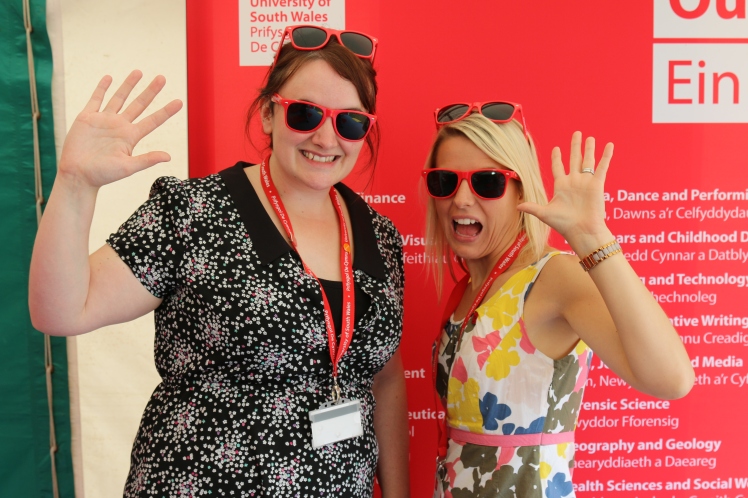 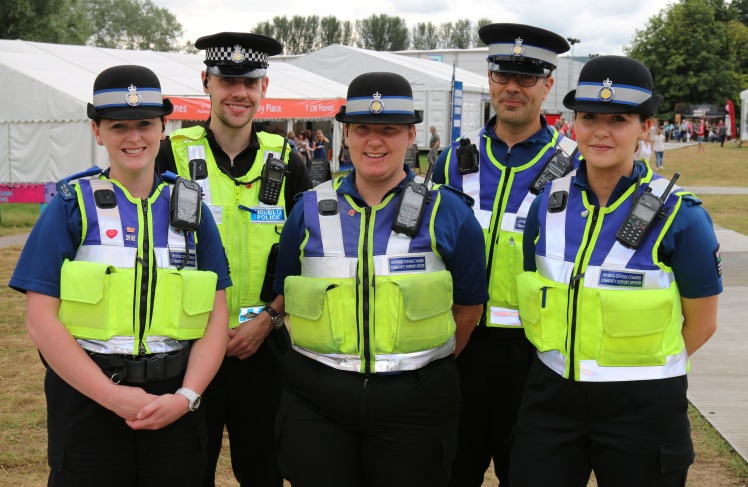 And Geraint Davies from NASUWT – The Teachers’ Union. With approaching 300,000 members the NASUWT is the most influential teachers’ Union within the UK:

And CND, the Campaign for Nuclear Disarmament. It campaigns alongside a host of other movements to rid Britain of all weapons of mass destruction: for peace: for human, social and environmental justice.