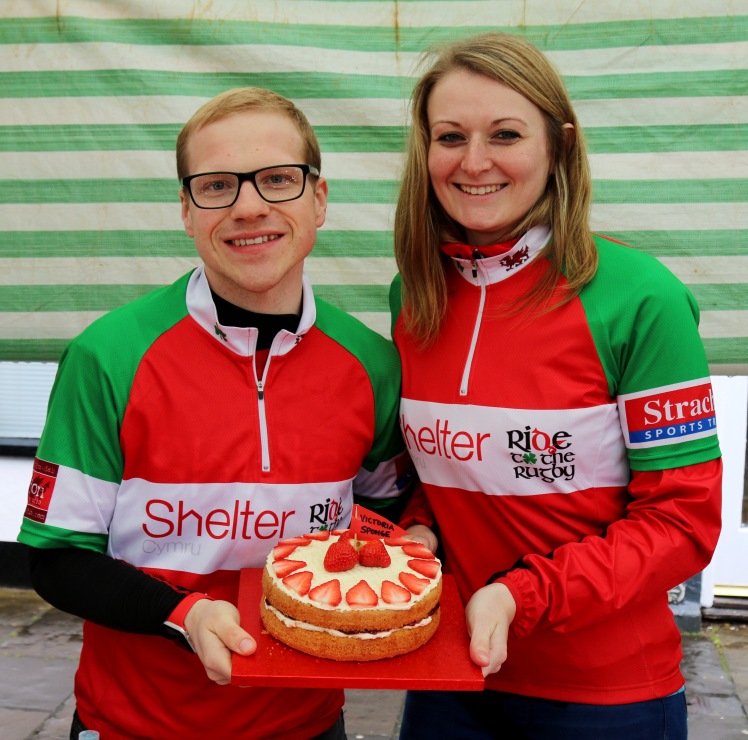 Ben Thomas and his sister-in-law Alice Parsons both from Magor, South Wales, cycled 200 miles from Cardiff to Dublin in February 2016 to watch the Six Nations match between Wales and Ireland and to raise £3000 for Shelter Cymru.

Ben, 28, a Digital Marketing Manager and Alice, 24, a Registered Nurse at The Queen Elizabeth Hospital, Birmingham are photographed at the May Fayre, Magor, helping Shelter Cymru on a cake stall. Ben said: “We cycled on road bikes in a group of approximately sixty other cyclists to raise funds for a great charity. This is a subject close to us because many people are only one wage packet away from poverty and homelessness. We are now planning to raise more funds by cycling from Cardiff to Paris for the same great charity.”

The May Fayre  is an event organized by the Magor Churchmen and they recently donated over £7000 to various charities and good causes. The May Fayre was held at Magor Square, Magor and it included entertainment, craft stalls, a hog roast, beer tent games and cakes.

Shelter Cymru helps thousands of people every year who are struggling with bad housing or homelessness – and they campaign hard to prevent it in the first place. Shelter Cymru believe that everyone has the right to a decent, secure home. Yet despite the UK being one of the richest countries in the world there are still far too many people who do not have a place they can call home.

Louise Bennet, head of fundraising at the charity stated that nearly £200,000 have been raised from these events over the last three years. Mrs Bennett said: “This year’s event was as successful as ever and we are truly grateful for the commitment and dedication of all the riders who braved the elements and cycled over 200 miles from Principality Stadium in Cardiff to Aviva Stadium in Dublin for the Six Nations clash.

“Everyone loves rugby here in Wales therefore we wanted to develop an event that offers people an opportunity to watch Wales play whilst raising money to support families here in Wales at risk of losing their home.” 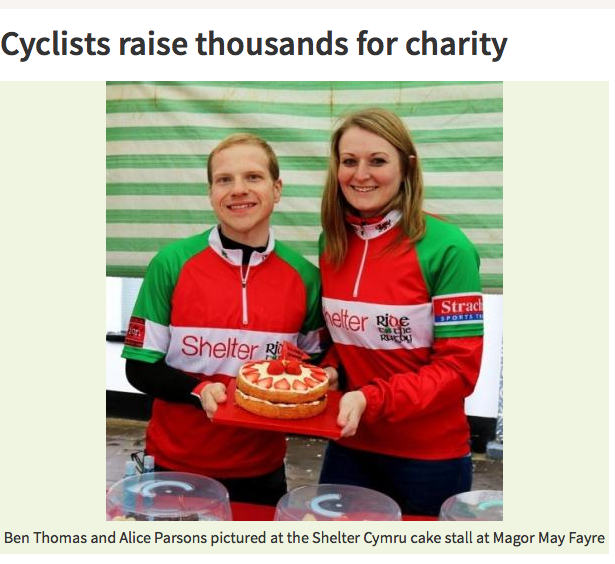