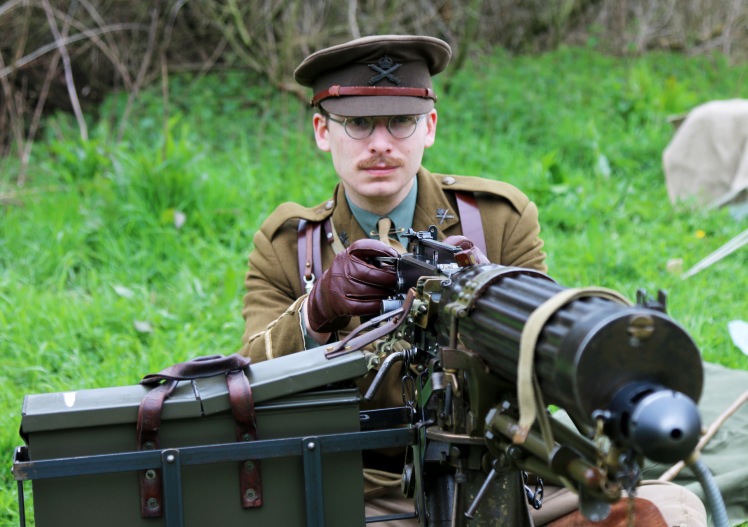 Photographed is Andrew Upton from Bristol in the role of a machine gun Training Officer from the 1914 – 1918 World War with the 1st World War Horse Group. The main arena showcased public displays and catering and trade stands. Andrew said: “We have all very much enjoyed being here in the wonderful settings of the castle grounds. It is really great to see so many people having such an amazing time.” 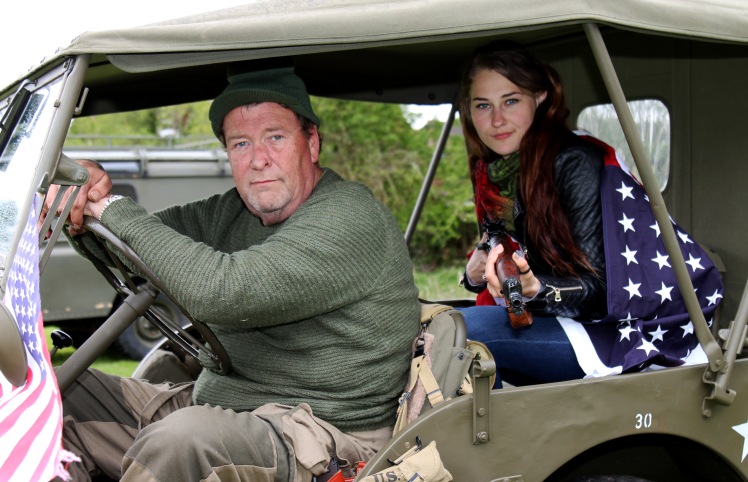 Pictured is: Robert Chambers from Bridgend, a member of the Military Vehicle Trust, at the wheel of a USA Ford 1942 Jeep with Monika Kudaseva (24) from Newport (originally from Lithuania). Monika said: “It was a great weekend of entertainment and living history demonstrations. There were wolf dogs, horses and even a large black raven. I found it both interesting and informative about so many different subjects such the history of warfare, keeping horses and cooking throughout the ages.” 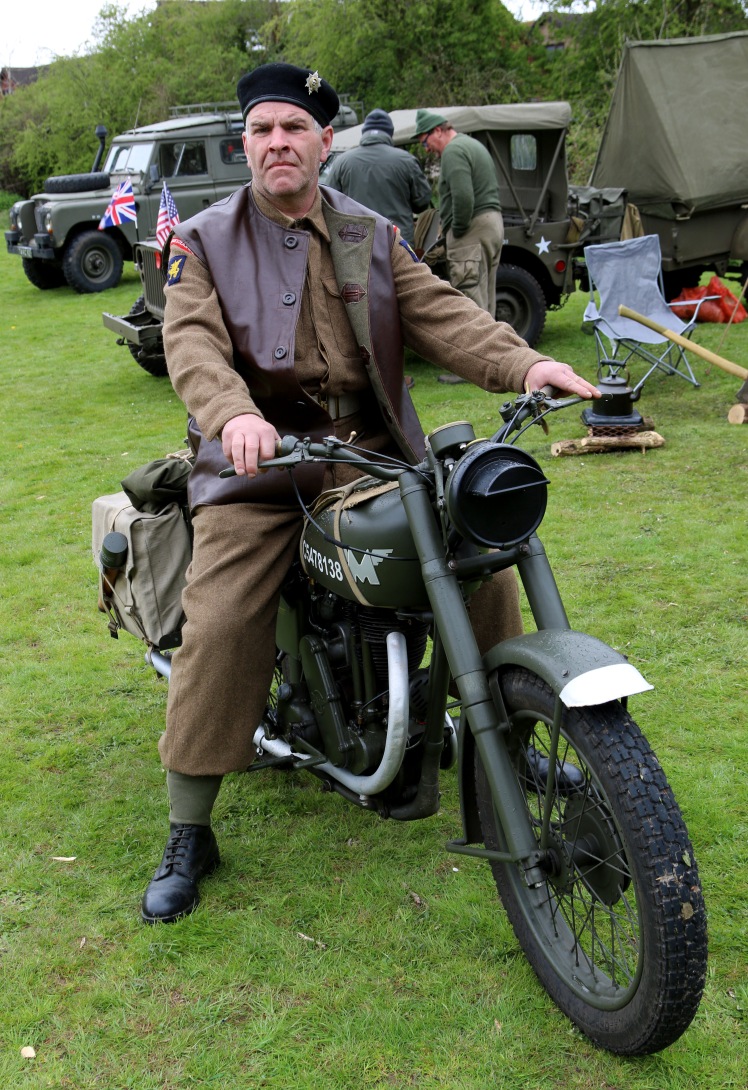 Chris Brooks was on hand to talk about the role of motorbikes in the war.The castle’s manager Mike Booth said: “There were more than 1000 re-enactors on the site so it was a very strong mix and something you do not get (at other events), a Vietcong meeting up with a Viking.” 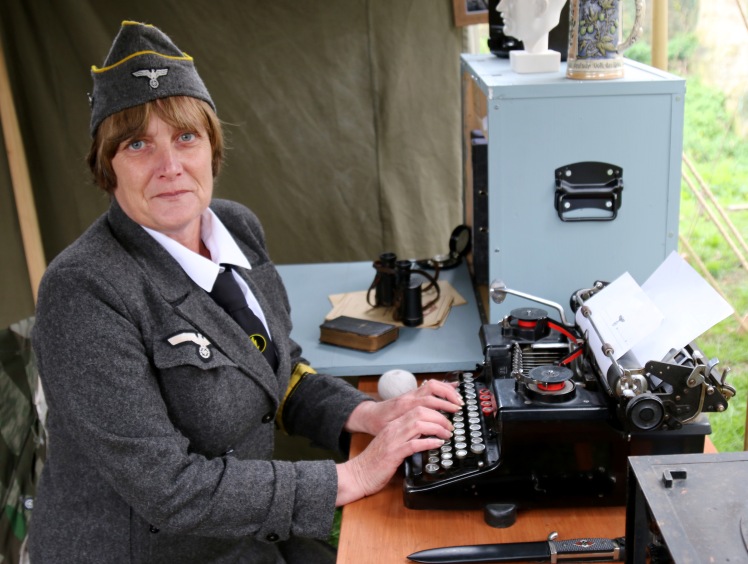 Photographed is Jan Comley, a member of the WWII German Army engaging in the administration of the event. Many of the re-enactors spent the nights living the life as if they were from their characters’ time. They included the Plymouth Medieval Society and members of the 43rd Monmouthshire Light Infantry group. 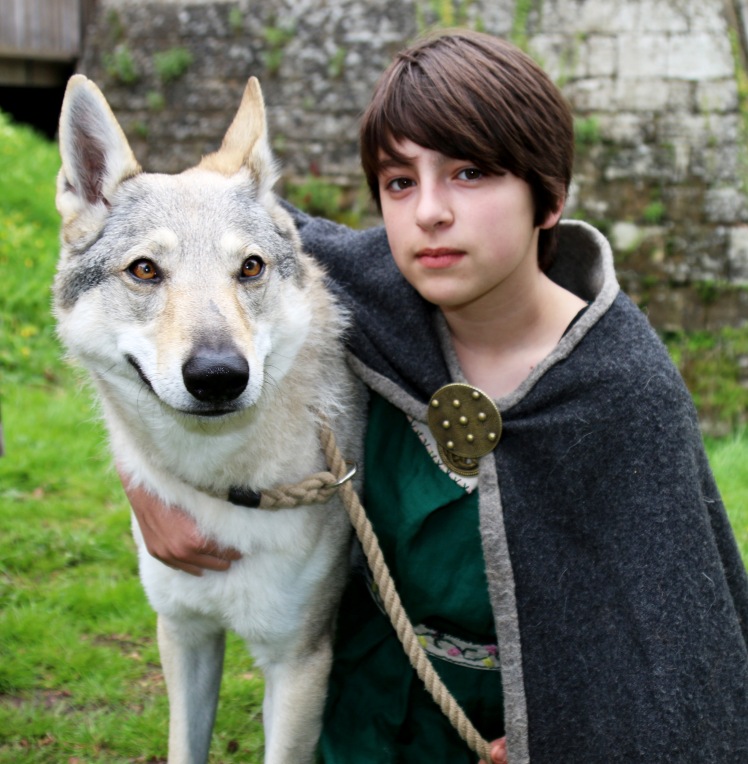 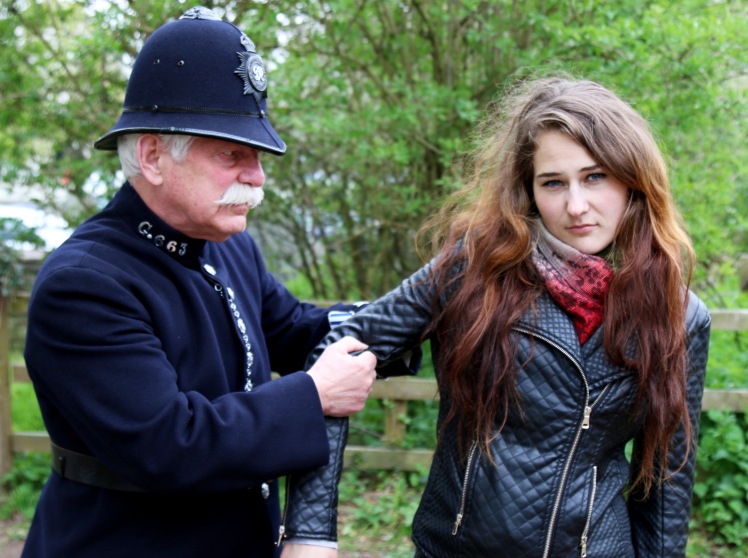 PC Derek Woodward from Cheltenham arresting trouble maker Monika Kudaseva. Derek is a former Butlins Red Coat and he said: “We have lots of time to make this a quality event and I like to provide the public with a living history experience that informs them about the police service. After retirement I attended a reenactment and I suddenly discovered a whole new world of enjoyment and learning. I have met so many different interesting people who have become good friends. The public’s reaction to this event has been brilliant.” 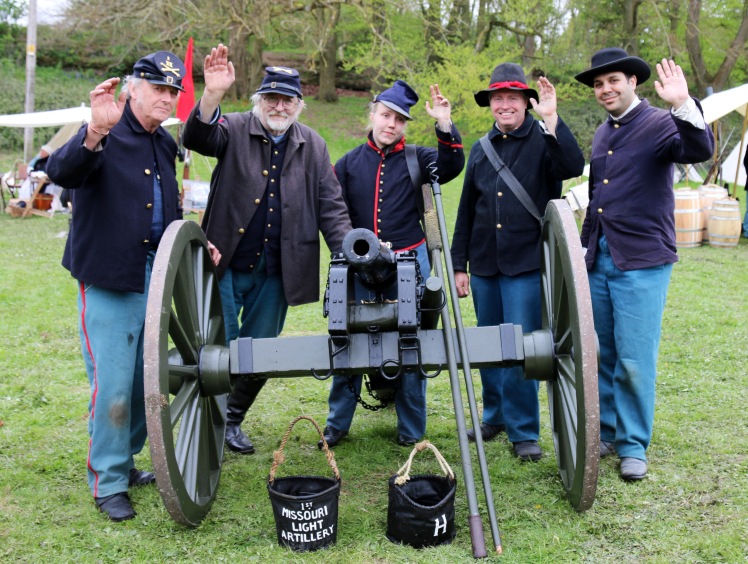 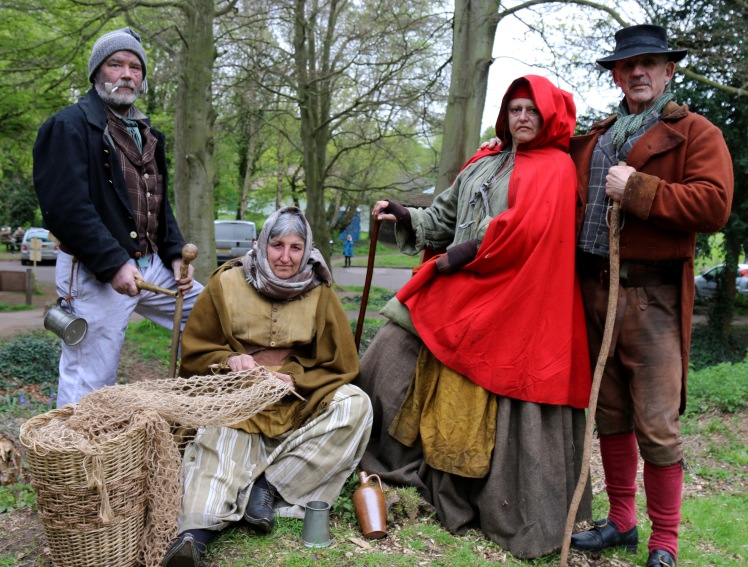