Chepstow, its castle and priory, were founded in 1067 by the Norman conquerors, less than a year after the Battle of Hastings. 2017 marks the 950th year and the residents of Chepstow are celebrating and this event was one of many.

Organiser Ned Heywood (photographed) said: “It was a lovely evening and all the previous owners of the castle would be happy to see the people of Chepstow enjoying the results of what they have all achieved when they created the castle 950 years ago. It is a great community event with a great family atmosphere.”

Along with cider, beer and a pig in a bun the crowd enjoyed the background music of The FB Pocket Orchestra, from Somerset. Photographed (L to R): Ollie Corrin, Jenny Russell and Paul Stevenson. Mr Corrin said: “This is the third time we have performed at Chepstow but the first time for us to play at the castle. It is a great location and a lovely evening. We played a wide variety of songs including blues, jazz and ragtime.”

After the Norman conquest of Britain the town was seen as a key location provided a base from which to advance Norman control into South Wales, and controlled river access to Hereford and the Marches. The founding of the castle by FitzOsbern was followed by a new Priory and the growth of a new town on land between the Castle and the Priory. Ancient Britons, Romans, and Saxons have all left their mark at Chepstow but no permanent settlement, and the town as it is known today started in 1067.

The former mayor of Chepstow, Councillor Paul Pavia, said: “I am delighted to welcome in our 950th year as a town and our 950 year link with our twin-town of Cormeilles in Normandy. I look forward to some interesting events this year to mark this incredible anniversary. Young people in Chepstow today will have the benefit of not only enjoying the 950th anniversary this year but the 1,000th anniversary of the town in 2067.” 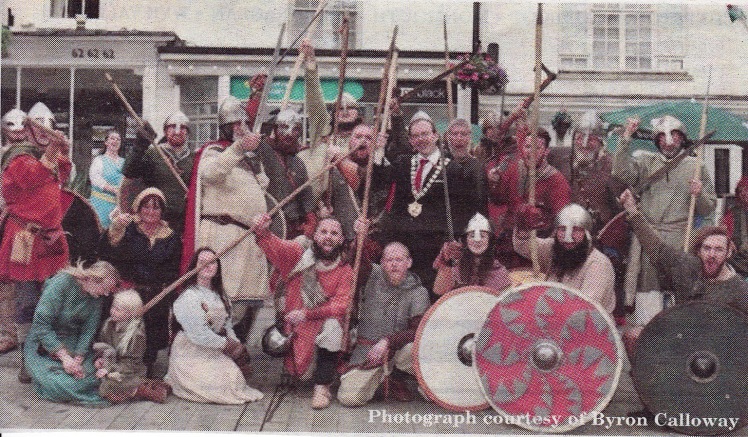