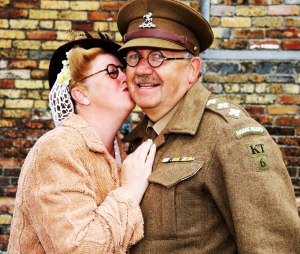 Two days of plays, stories, demonstrations and music filled up Stack Square with the reenactment of WWII at Blaenavon Ironworks. German soldiers failed to fight off the advancing British, American and Free French forces as they charged down the hillside recreating the action and adventure of WWII military combat. World War II (WWII or WW2), also known as the Second World War was a global war that lasted from 1939 to 1945. 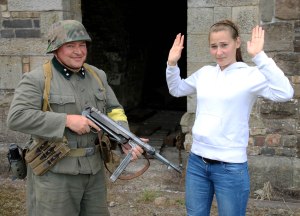 In the photographed: Sue Horton canoodling with Tony Horton. For Monika the war was over. Monika Kudaseva, 23, from Newport (originally from Lithuania) said: “As interesting and informative this action packed event was – it still illustrated the tragic cost of war.” In the photograph: German soldier Steve Martens taking Monika as a prisoner of war. 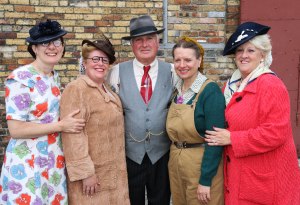 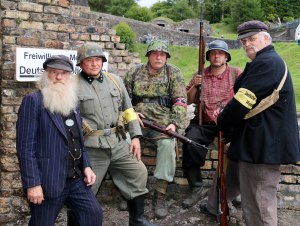 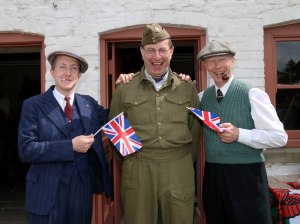 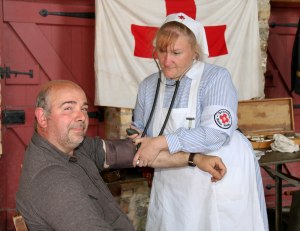 Members of the FJR5 German Army Nurse Donna Cross making sure that it has not been too much for Kewen Sweet. 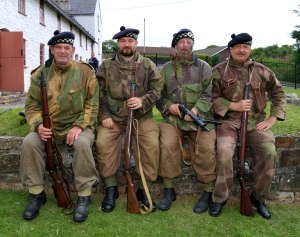 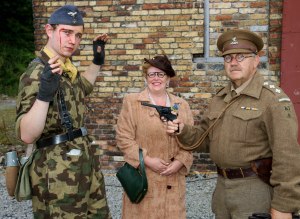 More than 1200 people enjoyed the fourth annual Welsh town at war event and they were informed and entertained by over 60 re-enactor characters. 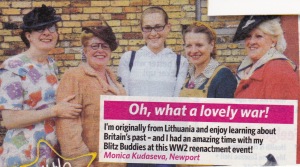 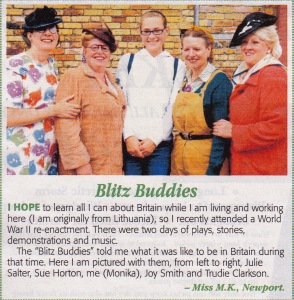 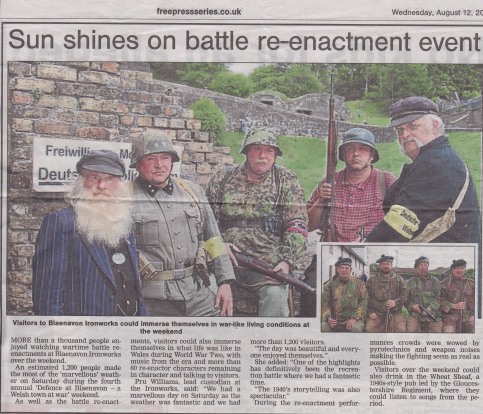