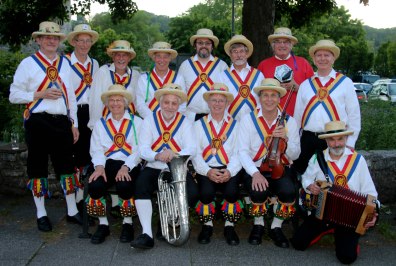 Morris dancing first appeared as an entertainment at the royal courts and city guilds at the end of the 15th century. By 1700 it had spread and could be found in towns and villages throughout Great Britain. The Morris Men performed at Church Ales and town festivities. The earliest known and surviving English written mention of Morris dance is dated to 1448, and records the payment of seven shillings to Morris dancers by the Goldsmiths’ Company in London.

The Mendip Morris Men have been performing the traditional dances of the Cotswolds throughout the North Somerset area since their formation in 1956. There is a wide variety of instruments seen and heard when they perform because music is a vital element in morris dancing. There is the traditional pipe and tabor (whistle and drum) fiddle, concertina, melodeon, piano accordion and a mellow tuba. The Mendip Morris Men can be identified by their red, gold and blue baldrics (crossed sashes), adorned with King Alfred’s jewel at the back and the Somerset dragon at the front. Black breeches and gaily decorated straw hats complete the outfit.

Taff Rappers are Cardiff’s only practitioners of the English short sword dance known as rapper. 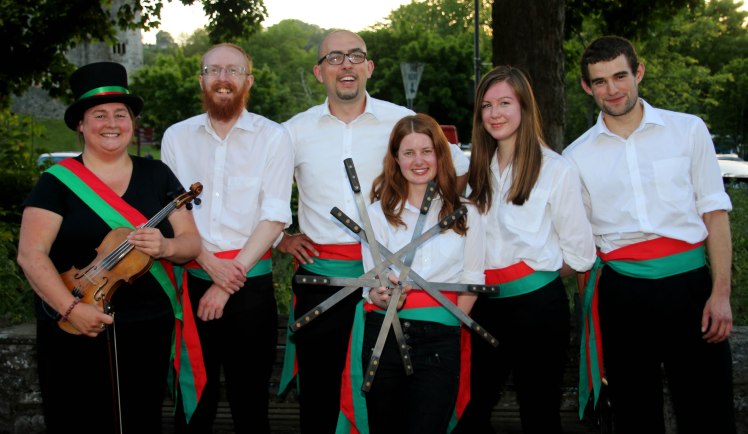