Raglan Castle was the setting for the return to Medieval times during the Easter bank holidays, with the arrival of the Normans from the historical re-enactment society ‘Historia Normannis’. Society members gathered from around Britain from as far afield as Lancashire and York to spend the weekend in the encampment on the Raglan Castle site. The 550 strong society will be touring UK historical castle settings, with Kenilworth and Caerphilly planned in May 2019 and are always recruiting new faces who want to live a new experience.

Historia Normannis is a 12th century re-enactment group, focusing primarily on the events between the reign of Henry I and King John Historia Normannis prides itself as a society, bringing history to life in a historically accurate, engaging and exciting way. Their events and educational visits allow people to engage with history – seeing, feeling and hearing first-hand aspects of the lives and deaths of 12th century people – Knights, freemen, craftsmen, ladies of the court and Barons of the realm.

From dynamic and exciting massed combat, knights displaying their prowess in the tourney, displays of archery, woodwork, metalworking, to the singing and music of the court of the time, Historia Normannis presents viewers with the workings of 12th century life and offers a history lesson that will never be forgotten.

Matt has been a member for 7 years since joining during his time at University. Depicting the ‘Earls Familiar’, Matt said: ‘This has been a fantastic weekend, we have had the best weather and fantastic interaction with the public.’ 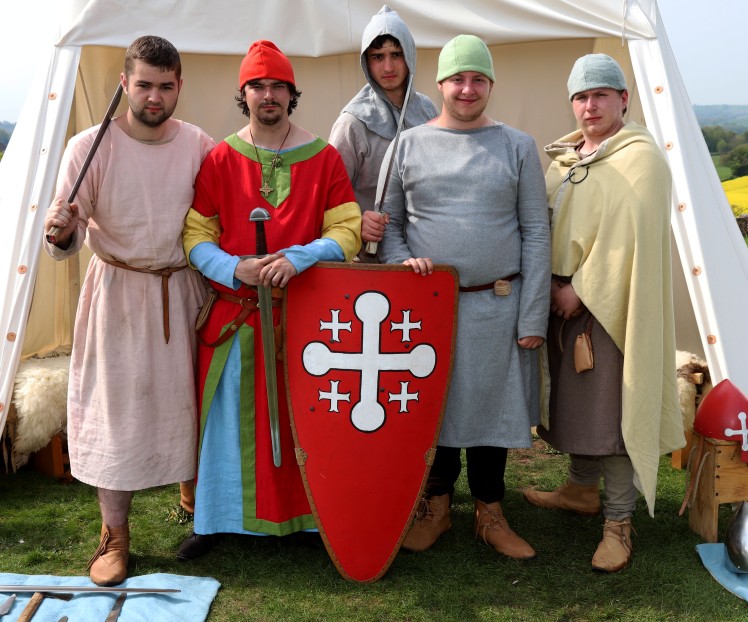 Many of these ‘Welsh Levvies’ are students attending differing universities. They have come to Raglan for great fun and good weather, to bring an educational and entertaining perspective to the public and bring life under the Normans to life. However, they mischievously confided that the real reason for the visit was to beat the Normans in the great militia battle that afternoon amongst the battlements. Like most members, they joined initially for the combat, but soon became engrossed with the history and involved in artisan trades.

Straight from the informative and descriptive fashion parade, the members agreed it was a great way to get involved in history, especially in such as setting as Raglan Castle. Brigit said it is a real living experience and very informative, much better to live and learn that purely academic history studies; you really appreciate modern showers.

Members brought their children to experience the event away from the modern trappings, Wifi and phones. The children learn crafts, cooking, social interaction, make new friends and experience life skill and independence. We have each learnt to manufacture our clothes, embroider and make shoes from fabrics. A chance to do something completely different. 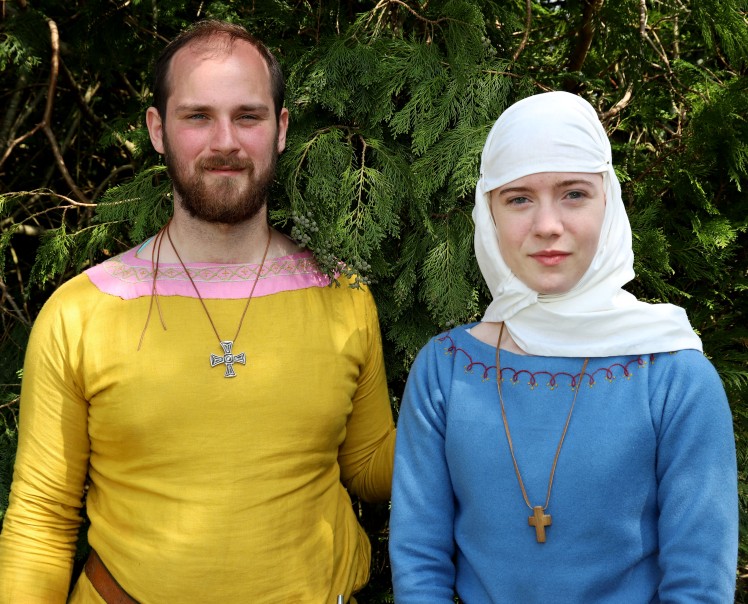 Photographed are: James Brown and Eleanor ‘the embroiderer’.

This has been James’ sixth season with the society. James said: ‘I really enjoy the social life, the fighting and staying at such wonderful historic sites. Researching and becoming an active member is engrossing; I have a tent made in Spain and most of my furnishings and clothes are hand crafted by artisans. But I am eagerly awaiting an authentic handcrafted bed, as sleeping on the ground be uncomfortable.’ 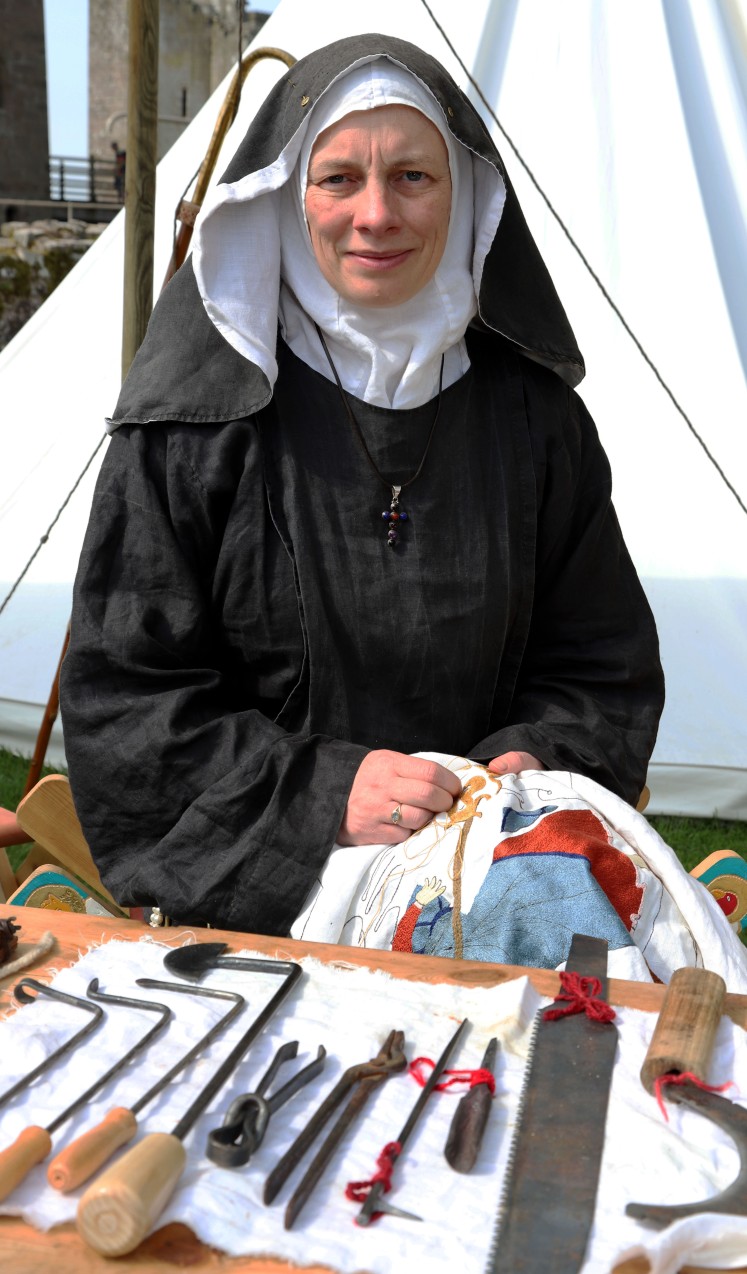 Kath Woodvine displaying the medical tools and instruments used to treat combat injuries from the battlefield. The society will be conducting enactments most weekends throughout the summer as far afield as Devon, Dover, Wales and Stirling in Scotland.