The Wye Valley River Festival is a magical series of outdoor events embracing innovative artistic work and it creates captivating spaces for the wonder and entertainment as the festival program of events travels down through the Wye Valley in glorouse bluebell laden, new leaf, lime-green spring. This Arts & Environment Festival travels down the Wye, celebrating nature, culture and life within the Wye Valley Area Outstanding Natural Beauty. 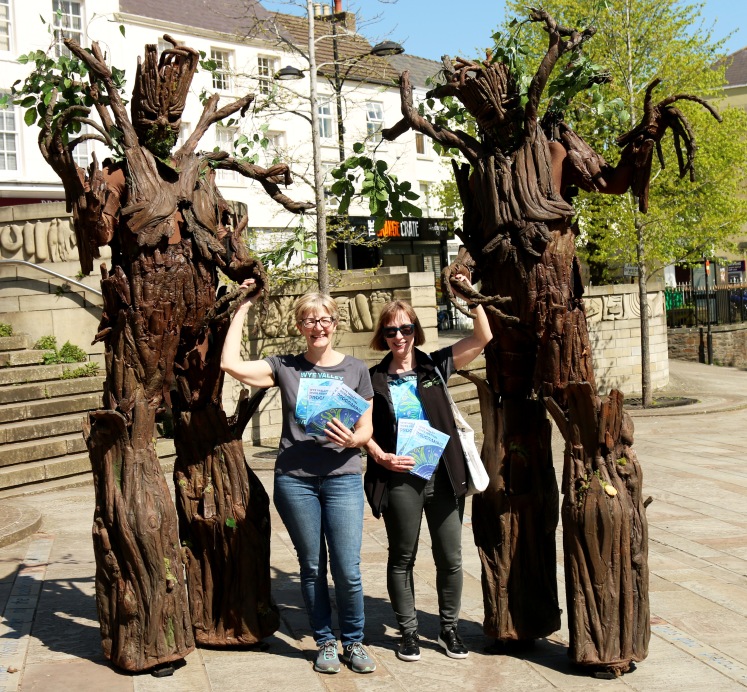 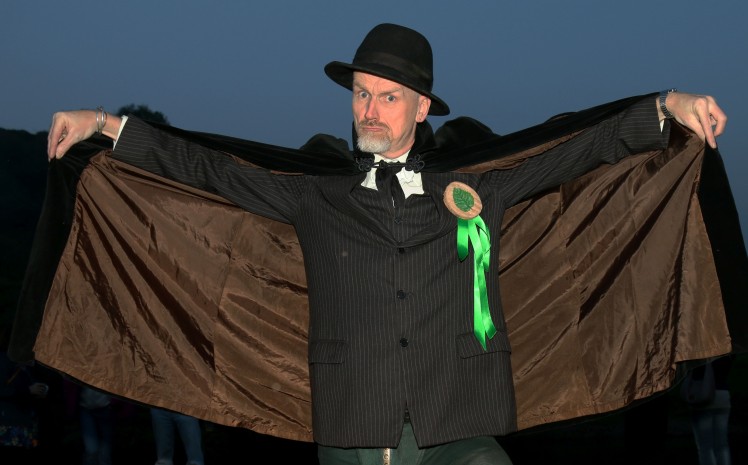 Gareth portrayed the character of Lord Leaf Blower, attended as a member of the Desperate Men Ensemble, drawn from Bristol and across South Wales. The ensemble performed thorughout the two week festival. Gareth, from Newport, stated: “The Wye Valley Festival is a beautiful event and joyous. It is a time to bring people together from across the valley and further afield.”

In your hometown a symbol of equality, justice and freedom has been destroyed; a piece of art that stood for everything you know to be right. Its destruction makes way for a privately guarded shopping centre. What do you do? If you are Mr and Mrs Clark you start a campaign. In collaboration with the Newport art activists Bosch and with the guidance of the artist Andre Stitt, Mr and Mrs Clark developed a timeline of performances in public spaces that now make up a theatre show. They call it Smash It Up.

Museum of the Moon is a touring artwork by UK artist Luke Jerram. Measuring seven meters in diameter, the moon features 120dpi detailed NASA imagery of the lunar surface. 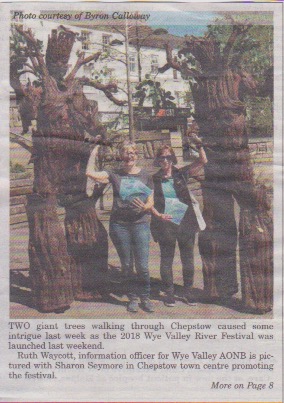 Over its lifetime, the Museum of the Moon will be presented in a number of different ways both ind

oors and outdoors, so altering the experience and interpretation of the artwork. As it travels from place to place, it will gather new musical compositions and an ongoing collection of personal responses, stories and mythologies, as well as highlighting the latest moon science. The

The Wye Valley River Festival Finale was held in beautiful riverside fields at Llandogo. As dusk descends on the Festival site, visitors joined in or enjoyed watching the spectacle of the fire torch parade which starts the evening’s theatrical climax, as a throng of torch bearers wove their way down the hillside to the river bank, signalling a final combination 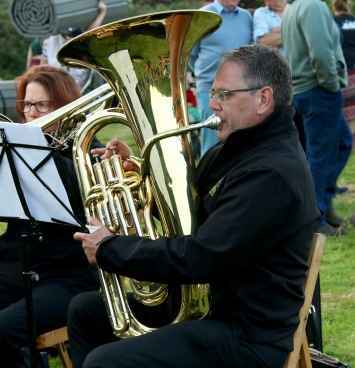 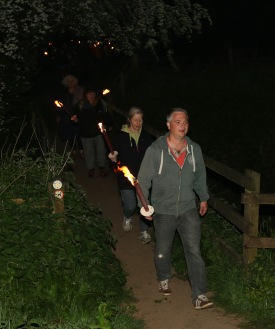 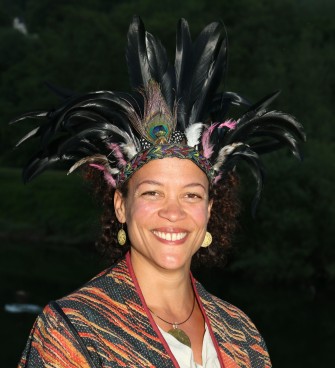 Anna Moses (photographed Left) from Bristol is a freelance performer and has been performing for six years in aerial performing. Anna (from Circomedia – a circus training organisation) said: “I performed just for today at this lovely event and the weather is perfect. There is a lot of different activates and everyone appears to be having great fun at this very diverse event.”

Abbe Opher (photograpged Right) from Mitchel Troy Common, Monmouth, said: “It is a festival and so I wore my headdress. My two children took part in the circus performance. They are both having a ball.”