History came back to life at Chepstow Castle as it marked the 950th anniversary of the battle of Hastings with the historical display group Bowlore. Bowlore is a medieval archery and sword display group, based in Taunton, Somerset, England. They provide demonstrations of longbow, crossbow and sword.

(Photographed above) Neil Eddiford from Bowlore said:  “We came to the beautiful location of Chepstow Castle – a brilliant castle in a greet setting with wonderful views: to help celebrate the 950 year anniversary of the battle of Hastings. Chepstow Castle is one of the very oldest stone built castles in Great Britain and we love to come here to entertain and inform the crowds. “

Photographed (Left to Right): Pam Eddiford and Martin Sanders at the have a go archery demonstration.   Helen Ridier and Jaye Harrison were on hand to meet the visitors and to provide entertainment and education with interaction of the historical displays of such things as needle craft and weaponry.

Chepstow Castle is a Norman castle perched above the banks of the river Wye in Southeast Wales. Construction began 1067, less than a year after William the Conqueror was crowned King of England. Castles such as Chepstow became fortresses from which the new king consolidated control over his newly conquered lands. Chepstow Castle became the key launching point for expeditions into Wales. 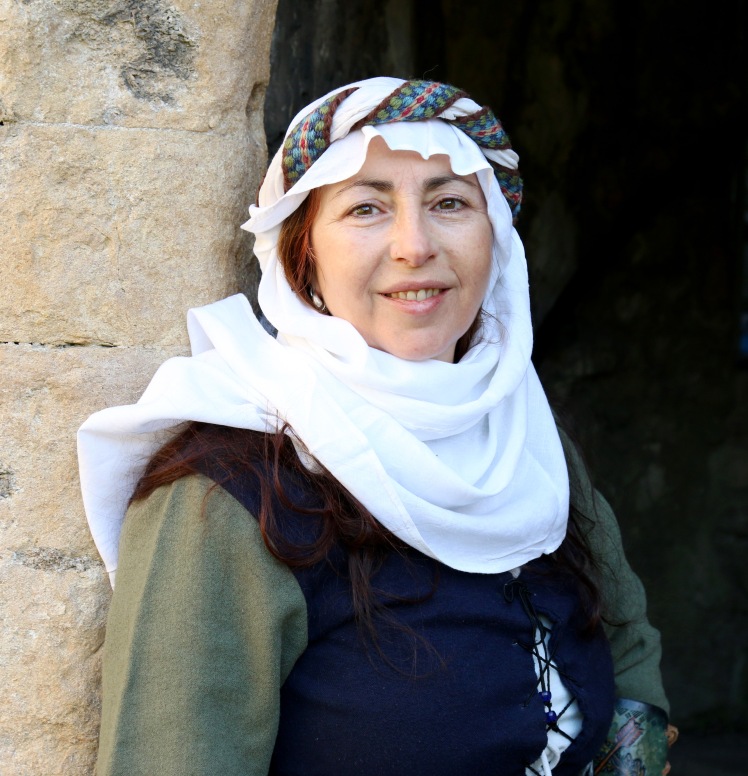 Battle Abbey (East Sussex) is widely accepted as the site of one of the most famous events in British history where thousands of soldiers were killed on 14 October 1066. The battle, between William of Normandy and Anglo-Saxon King Harold II, ended in the latter’s death.

Husband and wife, Paul and Lorna Thomas photographed at the encampment during a break in the wild Welsh weather. Rosalind Eddiford (11) keeping warm and dry by the camp fire. Rosalind is a peacetime tea maker and a wartime warrior. 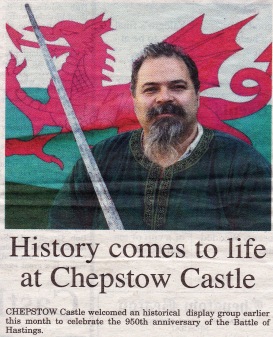