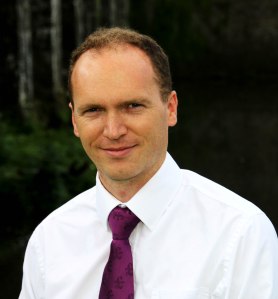 The UK Independence Party (UKIP) is described on Wikipedia as a right-wing popular-est political party with its headquarters in Devon: and its current leader is Nigel Farage.

Sam Gould was born in Wales and currently lives in Caerphilly with his wife Caroline and their three children. He is the UKIP Parliamentary Candidate for Caerphilly and he is employed as the UKIP Wales Campaign Manager.

Sam is a graduate of Cardiff University with a degree in Business Management and Marketing. He spent two years volunteering to help improve the lives of some of the poorest people in Africa.

UKIP was founded in 1991 by the historian Alan Sked as a single-issue Eurosceptic party. In 1993 the party adopted a wider right-wing platform and gradually increased its support vote over the coming two decades. Under Farage’s leadership, from 2009 the party tailored its policies toward a politically disenfranchised white working-class support base, before making significant breakthroughs in the 2013 local elections and the 2014 European elections where UKIP received the most votes. At the 2015 general election, the party gained the third largest vote share but won only one seat in the House of Commons.

Although describing itself as a “democratic, libertarian party”- academics have instead characterized UKIP’s ideological approach as being that of right-wing populism.

Listen to the interview here: